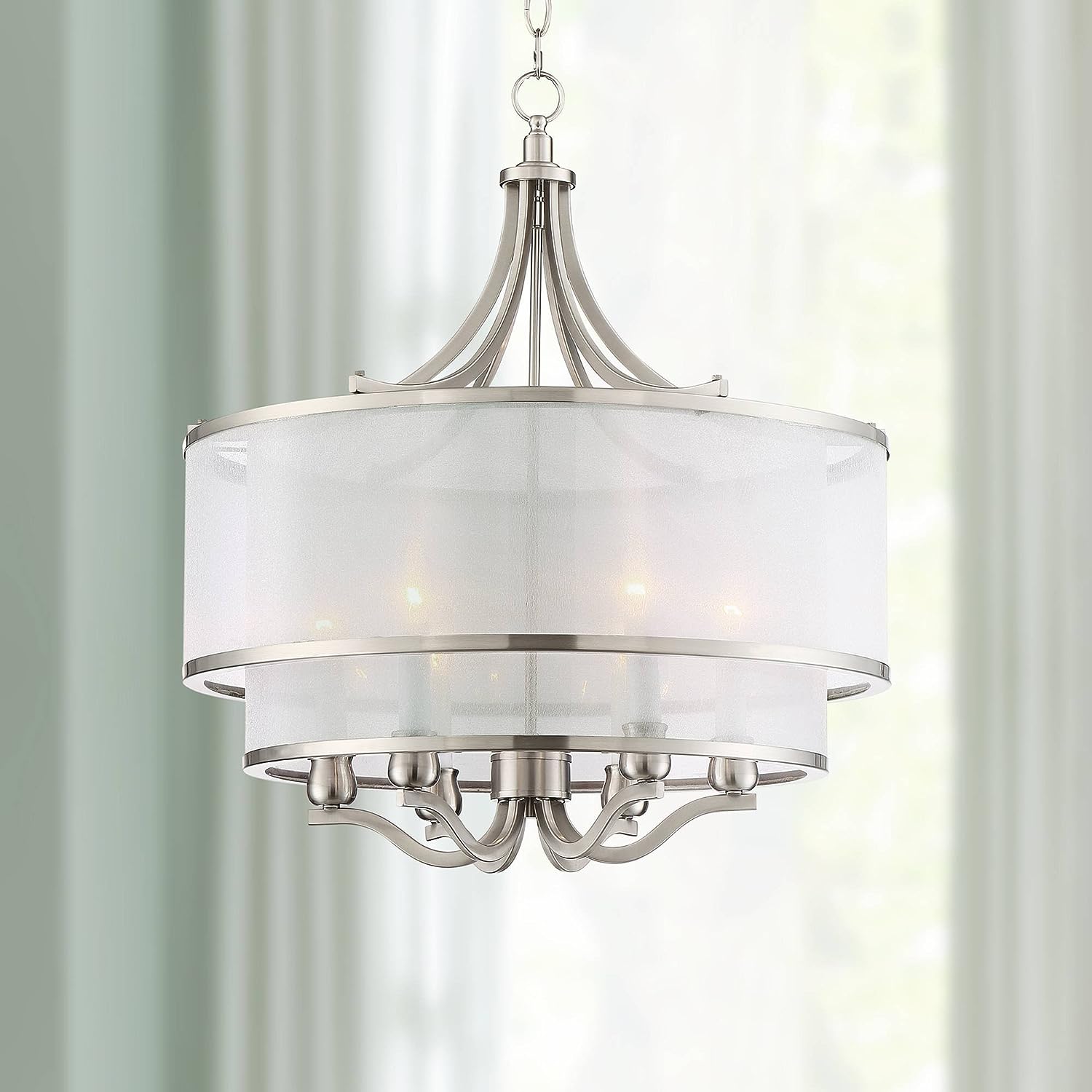 Anchor a gorgeous open concept space with this elegant six-light pendant from Possini Euro Design. Beautiful white organza inner and outer shades pair to delicately diffuse the output of this tiered design. A brushed nickel finish gorgeously coats its framework, bringing an air of sophistication to it.

White organza shades and a brushed nickel frame pair on this six-light pendant for a look that is at once airy and sophisticated.